One thing I can’t do with much success is read fiction while I’m actively working on a project. I’m far too guarded against the possibility of some other author’s voice sneaking into my work, so I resist the urge to read someone else’s (perfectly crafted) story.

Two weeks ago, I finished the latest draft of a manuscript, and (finally) took some vacation time. Time to read an actual novel! I’m embarrassed to say I’d never read Ray Bradbury’s FAHRENHEIT 451, and it had made its way to the top third of my to-be-read stack (no small feat). And there, in the new introduction by Neil Gaiman, I found this gem.

“There are three phrases that make possible the world of writing about the world not-yet (you can call it science fiction or speculative fiction; you can call it anything you wish) and they are simple phrases:

If this goes on…”

The last one, of course, is spot on for Bradbury’s arguably most famous tale, but it’s that first one that always seems to occupy my brain at 2am.

Some time back in the early ’00s, a friend and I were chatting, and she threw a monstrous curve ball my way.

What if reincarnation were real, but time was fluid? Could two instances of yourself exist in the same span of time?

My head exploded, reassembled, then exploded again, and kept exploding for the next decade and a half.

In 2018, I applied and was accepted to the Golden Crown Literary Society’s Writing Academy. For ten months, I studied the craft of writing under some of the most popular, prolific and talented authors in the world of lesbian fiction. With each class, I learned more about the how and why of writing, and considered all the ways I could apply what I was taught to my work.

Every writing project is an opportunity – not only to tell a story, but also to try something new from a craft perspective. In each story I write, I’m conducting some sort of writing experiment in an effort to level up my craft.

For years, I considered telling a story in second person – something many instructors and critics emphatically insist can’t be done well. When the opportunity arose to submit a story to the Writing Academy anthology – a chance to showcase whatever we students wanted to share – several ideas coalesced into one.

The result was “Constant”, a speculative fiction short (coming in at less than 1400 words; I tried to make it longer, but the story said otherwise) told in the second person, suggesting an answer to the question that had plagued me for over a decade.

What if reincarnation were real, but time was fluid?

Very few of my works satisfy me. I’m always convinced there’s more to tell, that I missed some nuance, that the story could use another round of editing. “Constant” is the outlier. I have never been more proud of a story, and I hope you’ll give it a chance.

“Constant” is included in the GCLS Writing Academy anthology WRITING FREEDOM from Brisk Press, available from Bella Books and Amazon. 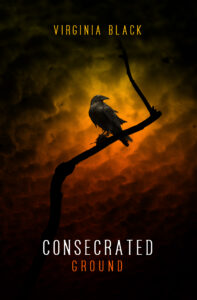