Word is quickly spreading that Solo: A Star Wars Story is a flop, but I’m here to show it some love.

When I say I loved Solo, the latest addition to the endless stream of Star Wars films, I’m not ignoring its faults. There are a few (I’ll get to that in a minute) but I loved it anyway and highly recommend it.

Let’s clear up a few things before I jump in. I’m not the kind of fangirl who sees only the good of these films. I might ultimately forgive George Lucas, Ron Howard or Disney for any transgressions, but that doesn’t mean I’ll give them a pass if they step in it:

So here’s the bad:

(1) I am absolutely over the humanizing of droids, and having “good” droids who kill organics offends me. Perhaps I’m holding onto Asimov’s three laws of robotics too dearly, but it bugs me when the droids we’re supposed to like are allowed to kill bad guys.

(2) This movie does better than most in in the franchise in that there are at least three women (I refuse to count L3), but it’s 2018 and the Bechdel test should not still be a thing that’s actually necessary. For that matter, Thandie Newton and Woody Harrelson could have played each other’s characters and the movie would have been more interesting yet ultimately changed nothing in the script. See how easy that would be? To give female minor characters some depth?

I could find more of the movie’s weaker points, I’m sure, but I want to get to the good stuff.

Here’s why you should see this movie.

Chewbacca gets some long overdue depth in Solo. For far too long, he’s been treated like an intelligent pet, but in this film we get to see him from a completely different – and extremely intelligent and capable – angle.

Frankly, I think Chewie’s the brains of the outfit, and Han is the bravado – er, brawn. (I’m not saying Han’s an idiot; I’m just saying Chewie is smarter than he is.) And I truly hope that we can see some of that in future adventures with Rey in Episode IX, as well as any future Solo movies.

This old debate (“parsec is a distance!”) was resolved gloriously to my immense satisfaction. And the fact that even that legend is part BS only adds to the awesome ego that is Han’s in this movie. (“Not if you round down.”)

The Good, The Bad & The Ugly

This is not a good guys vs bad guys kind of movie. Hell, the good guys don’t even show up until the third act and the movie isn’t about them at all.

This movie is about slightly-less-bad guys trying to maneuver their way through the badlands of the truly evil, which makes it a more realistic film than many in the Star Wars universe. I loved that aspect of it, because Han and Lando are not good guys. They kill a bunch of people and steal stuff that’s not theirs, and all they care about is scoring enough to improve their own lives, but that doesn’t mean that I didn’t root for them.

The Only Ship That Matters

I cannot impress upon you enough the emotional resonance experienced by seeing the Millennium Falcon in prime condition. In itself, that is worth at least a matinee ticket.

Wait, How’d I Get Homework?

I left the theater with a list of other Star Wars content I had to consume as soon as possible. *One cameo* showed me that I need to go watch any and all missed episodes of The Clone Wars and Rebels, that I need to read both Canto Bight and the latest Han and Lando adventure, Last Shot, and I have a stack of comics waiting for me.

In other words, Solo left me hungry for more.

This movie is a perfect Saturday matinee. Much like an Indiana Jones film, you know what’s going to happen overall (with a few surprises along the way) but it’s fun anyway. (Don’t forget that it was co-written by the same guy who co-penned Raiders of the Lost Ark, Silverado and Episode V: The Empire Strikes Back.

It’s not entirely filler – every fan knows about some of the elements of Han Solo’s history, and would expect to see those explored, but the rest of the story is engaging and well-paced and fun. Even the “side trips” are well done. Compare the trip to Kessel in Solo with Rose and Finn’s bizarre trip to Canto Bight in Episode VIII: The Last Jedi. Both of these arcs are the-thing-you-have-to-do-before-we-get-back-to-the-other-thing, but the rebellious distraction in Solo flows much better.

Seeing this movie didn’t change my life – not like the first time I saw Episode IV: A New Hope or Episode VII: The Force Awakens. Yet Solo is a strong contribution to the franchise, and I’d love to see more of these characters.

Did you see SOLO? Hit me up on Twitter and let me know what you thought! 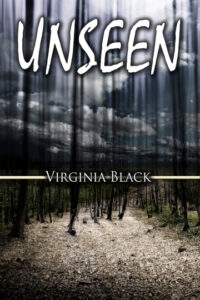